After a competitive bidding process, Urban Solar’s shelter lighting solutions won the top pick. “We chose Urban Solar because their product is of proven quality and the price is very reasonable,” says Chip Falldine, Chief Financial Officer for Topeka Metro.

Topeka Metro is an innovative agency and a leader for efficiency and renewable technology use within its bus stop and transit operations and this competitive award is further evidence of Urban Solar’s technology – high-performance, reliable and independently safety certified solar-powered LED lighting solutions.

Topeka Metro, or the Topeka Metropolitan Transit Authority, is the fixed-route public transportation operator in the city of Topeka, Kansas. It carries passengers Monday through Saturday on 14 routes on weekdays and 11 routes on Saturdays. In 2008, it carried a record 1.8 million riders. During its service hours, Topeka Metro also runs a paratransit service.

Founded in 1973, the Topeka Metro is governed by a board of seven directors that serve four-year terms. In April 2015, Topeka Metro launched the state’s first bike-share system, Topeka Metro Bikes. 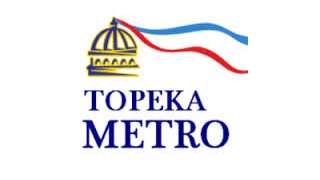 Get in touch with our team

“The new Urban Solar improvements and technology have increased ridership more than 20 percent and decreased costs by about 35 percent.”

“Initial costs to supply and install these lights are lower compared to conventional systems. We will do more of these installations as pathway lighting needs arise.”